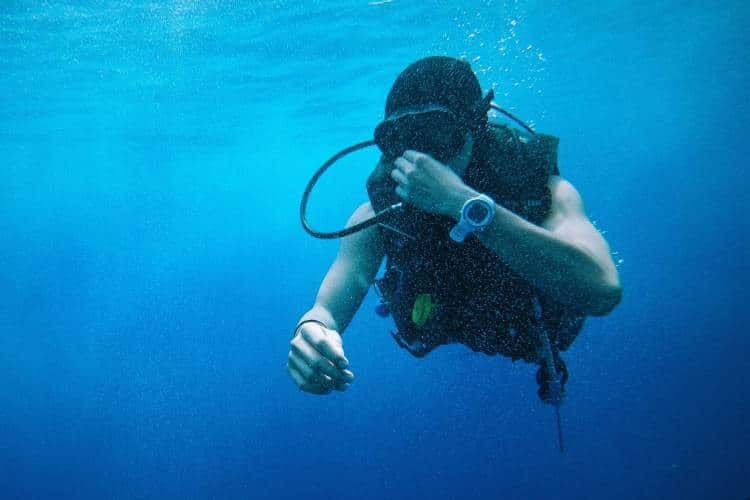 Let’s get to a solution to mitigating this ear problem by practising the most common method of equalizing called the Toynbee Maneuver.

What is the Toynbee Maneuver

The Toynbee Maneuver is a practice of equalizing your ears to adapt to the outside surface’s changing pressure. The process is simple. It involves gently holding your nose closed and swallowing at the same time.

When you swallow, the closed nose and tongue movement compress the air passing through the Eustachian tube while opening it. This process equalizes the dead air space in your middle ear to match its outer surface pressure.

The Toynbee Maneuver pressure-equalizing method is popularly accepted to be safer than the Valsalva Maneuver. The Valsalva Maneuver involves blowing your nose while holding it closed. This technique forces the throat air to the Eustachian tube, which can be risky at times.

Divergently, the Toynbee Maneuver activates the blocked Eustachian tubes using the throat muscles as you swallow, closing your nose to open the canal. Opening the tubes transmits the air to the middle ear. The pressure of the middle ear is then equalized to match that of the surrounding area.

How to Pop Your Ears Using the Toynbee Maneuver

The best way to pop your ears is to utilize the throat muscles as you swallow, holding your nose closed to open the Eustachian canal. It is the most common equalizing method that you do hundreds of times every day without realizing its effects.

However, if you’re involved in scuba diving, sky diving, or other sports that involve depth and movements in altitude, equalizing your ears can be challenging. The trick is to hear your ear pop as you equalize the inner and out ears with the surrounding surface.

It would be best if you made sure to pre-pressure-check your ear before you go into deep waters. If you can hear the pop, your Eustachian tubes are open. Chewing gum could be helpful here as well.

Equalizing your ears every 2 feet or one and a half feet with the high pressures as you descend is a pro move. This way, you keep your Eustachian tubes open and adapted to the outer surface.

Why is Ear Equalizing Important While Scuba Diving?

Equalizing your ear as you descend deep into the seas avoids ear problems.

Descending introduces your outer ears to increasing pressure. The middle ear, however, remains closed and unaware of the increasing pressure on the outer surface. When you don’t equalize your inner ears to the external pressure, the eardrum bulges inward, swelling and causing you pain.

As a result, you may be subjected to ear barotrauma or a perforated eardrum. Scuba diving may be off-limits then, at least for quite a while. As a diver, you won’t want that to happen. That is why equalizing your ears is an essential step in protecting your ears while diving or whenever they’re exposed to changing pressures.


You’re now well-informed about what is the Toynbee Maneuver. Holding your nose closed as you swallow at the same time can also unclog your ear closed by pressure on the outer surface. It is critical to keep you from ear pain or ruptured eardrums.