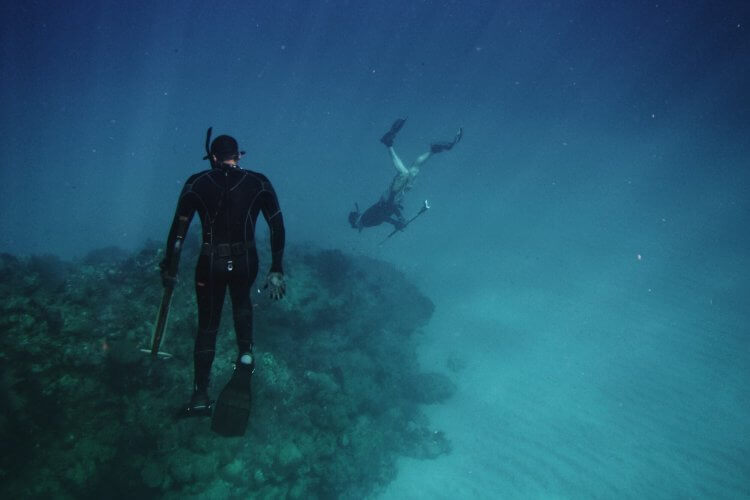 The world underwater is mysterious and at the same time breathtakingly beautiful. If you want to get to know this world full of life and the richness of species, you can do it through a fascinating sport – diving. The sport of diving has a long tradition and today there are many different types.

History of living sponges, pearls, and also corals – these treasures were recovered from the sea by divers already 4,500 years ago. But not only for peaceful reasons people descended into the depths of the sea. Even in ancient times, there were combat divers who were used against enemy ships.

The divers of antiquity still dived without any aids, for it was not until the 18th century that the first helmets were available, and at the beginning of the 20th century the first scuba diving equipment.

With Hans Hass and his wife Lotte, recreational diving became more precise and popular in the 1950s and 1960s. The two Austrians, like Frenchman Jacques-Yves Cousteau, were the pioneers of modern scuba diving, and it is to them that today’s divers owe modern and safe diving equipment. But not only scuba diving became modern at that time, also apnea diving, diving only by holding one’s breath, gained importance and the first diving organizations were founded.

Today, scuba diving is a popular sport and more and more amateur divers are exploring the colorful world underwater. It is divided into very different areas, which refer to the scope and type of diving, but also to the equipment.


Apnea divers are something like the free climbers among divers because they do without all aids such as mask, fins, suit, weight belt, and especially oxygen. Apnoea divers dive with held breath and are connected to boat only by a rope. This is the most dangerous variant of diving.

Most recreational divers are scuba divers who need special diving equipment. In addition to the diving suit and a so-called buoyancy jacket, the diver also needs lead weights and, of course, a rebreather with a breathing mask or compressed air diving apparatus, which supplies the diver underwater with the necessary oxygen.

Tec diving, or technical diving, is a special type of diving that goes beyond normal recreational diving in terms of equipment and dive profile.

With more advanced equipment, including redundant systems, a backplate with a harness, the rebreather and full face masks, these divers can set their goals further than the recreational and hobby diver. The difference is also evident in the form of oxygen.

Recreational divers usually use compressed air, which is purified and compressed “surface air,” rather than pure oxygen as many people assume. Oxygen has a toxic effect on the central nervous system at a partial pressure of 1.4 – 1.6 bar and the diver gets a dangerous “oxygen poisoning”.

A professional diver, on the other hand, uses different breathing gas mixtures such as nitrox or trimix. And during a single dive, the diver may have up to seven tanks with him.

Sidemount diving is a new approach to sport and technical diving. In this method, the diving cylinders lie on the side next to the upper body and are fixed with bungee cords. Unlike the back mount configuration, no tanks are attached to the back.

The goals of recreational diving

There are many reasons why recreational diving has become a popular sport. What is work for a professional diver is a pleasure for the recreational diver. Because he can get to know the fascinating world of seas, rivers, and lakes in his free time and enjoy the unique feeling of weightlessness underwater.

It is not the competition, but the sporting partnership that always makes diving an experience.

Divers enjoy the buddy system and the togetherness among them. Because even if divers have completely different goals in life above water, underwater they all have to cope with the same conditions, the same demands on technique, and also with their skills and abilities. This welds the group together.

In winter, when lakes are frozen over, many recreational divers take the opportunity to dive under the closed ice cover. However, ice diving is not without danger, because the water temperatures are icy and this can have an impact on the diver, but also on his equipment.

In order to be able to react quickly, ice divers are secured with a guideline at the entry opening. 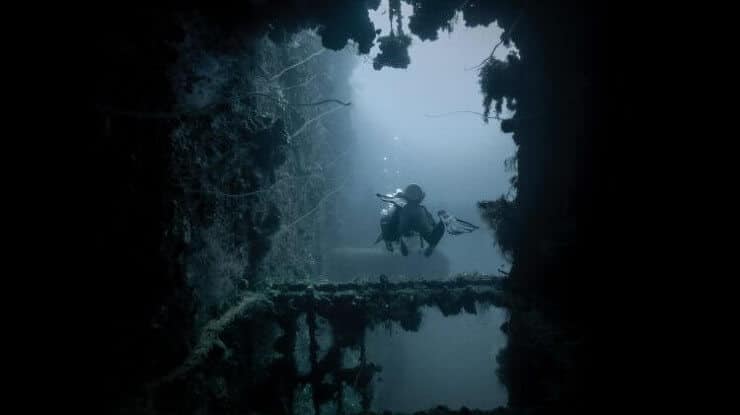 Diving in caves that are completely or only partially filled with water is a very special attraction for many divers, even though this type of recreational diving is associated with some dangers.

The cave diver must realize that the world in a cave is narrow and dark. In addition, in dangerous situations, there is hardly any possibility to surface quickly. Cave diving requires a lot of self-control, good technical equipment, a large supply of breathing air, and always a guideline in case of emergency.

Photographing and videotaping the exciting world underwater – this is possible with special underwater cameras, but also with normal photographic equipment, which is packed waterproof and pressure-tight. Photo and video recordings are made not only by diving professionals but also by amateur divers. 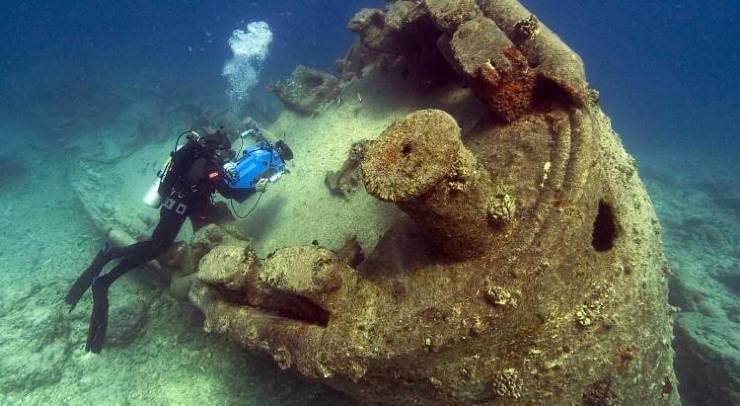 Ships that sank long ago hold a special fascination for many divers. The animals and plants that have found a new habitat in wrecks are unique and that is what makes wreck diving so special.

But diving in old shipwrecks is also not without danger, because in old fishing nets the diver can get stuck and also sharp edges pose a risk of injury.

The risk of getting stuck in a wreck or losing orientation is also high, as well as unpredictable currents make the diving experience dangerous. 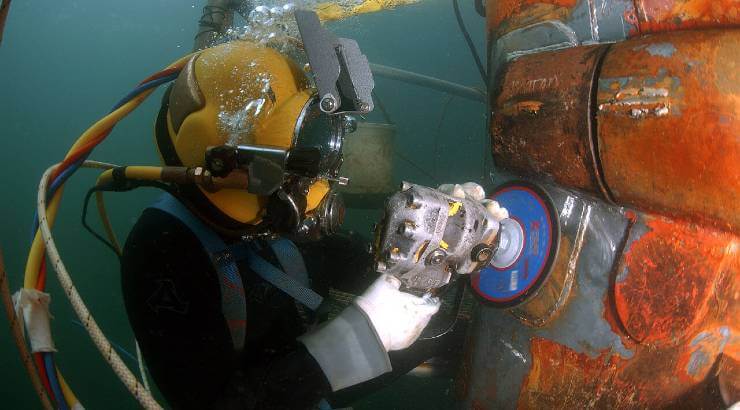 A professional diver works underwater and his field of activity is large and varied.

Professional divers are employed, for example, in:

The spectrum of clients who hire professional divers is also broad.

My unbounded love for the oceans and everything it has to offer motivated me to pursue my passion and become a professional scuba diving instructor.

I keep reading, exploring, and learning more about scuba diving and the underwater world all the time, so I’m excited to share my knowledge with fellow scuba enthusiasts and hopefully contribute a little to your development as a diver. I want people to fall in love with the oceans with as much passion as I have. Read more about me here. 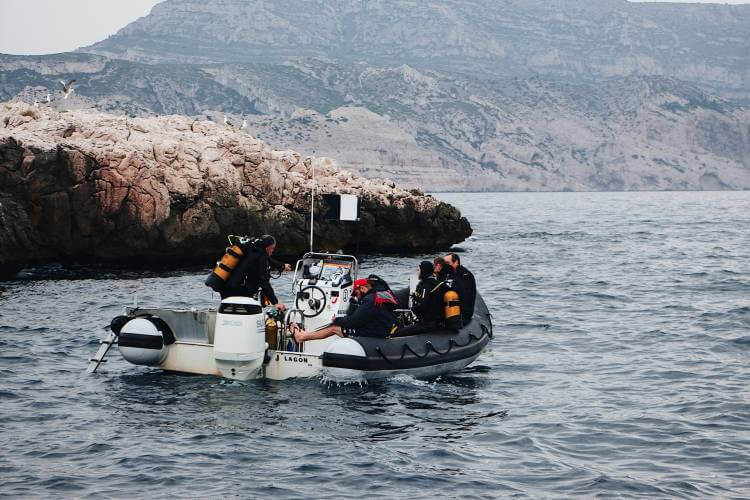 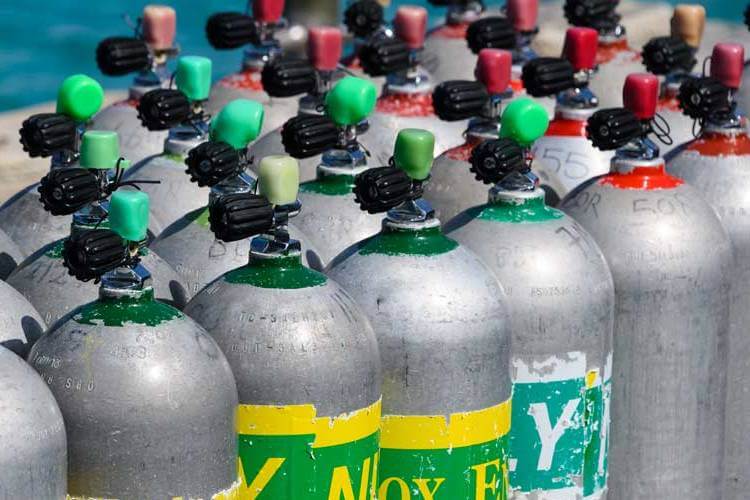 How to Dispose of Old Scuba Tanks 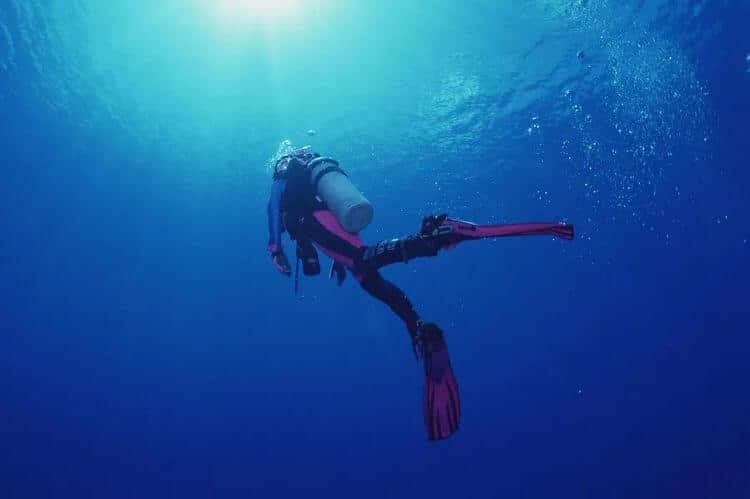 How to Deal with Leg Cramps While Diving 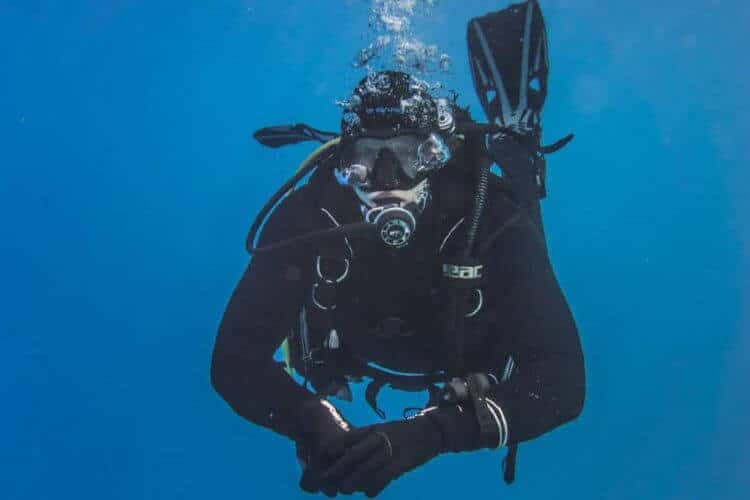 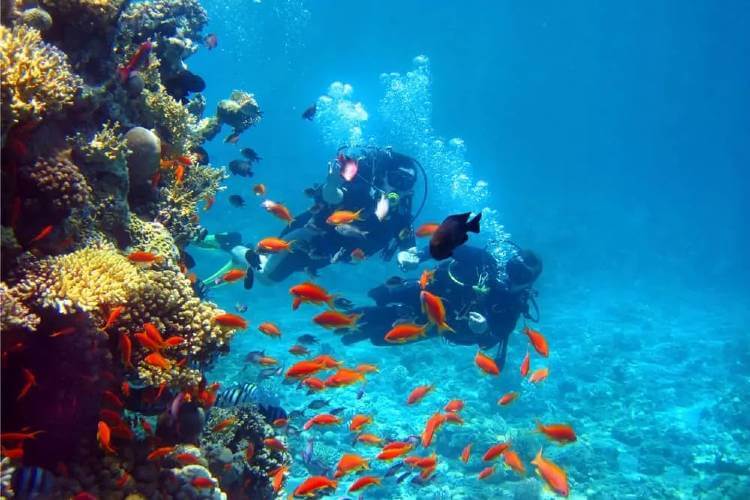 No Decompression Limit – All You Need to Know 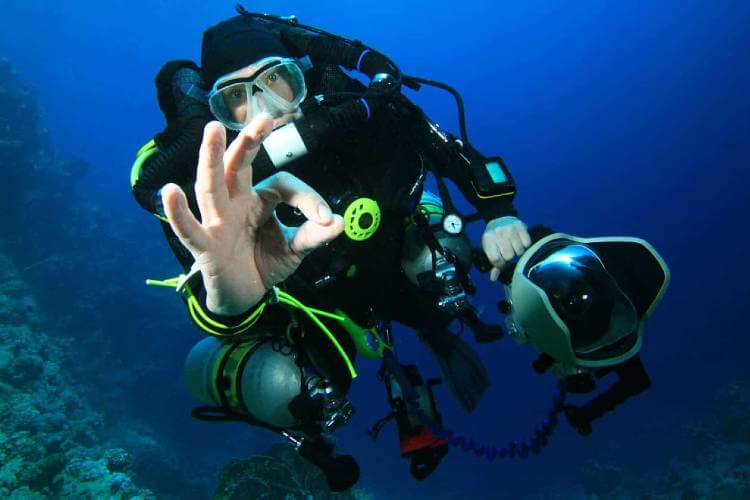 What is Trimix? Trimix Diving Guide 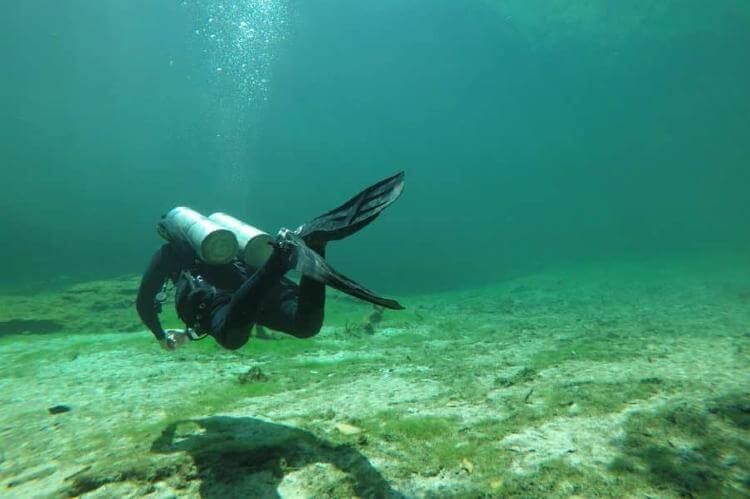 Why Use Helium When Diving? 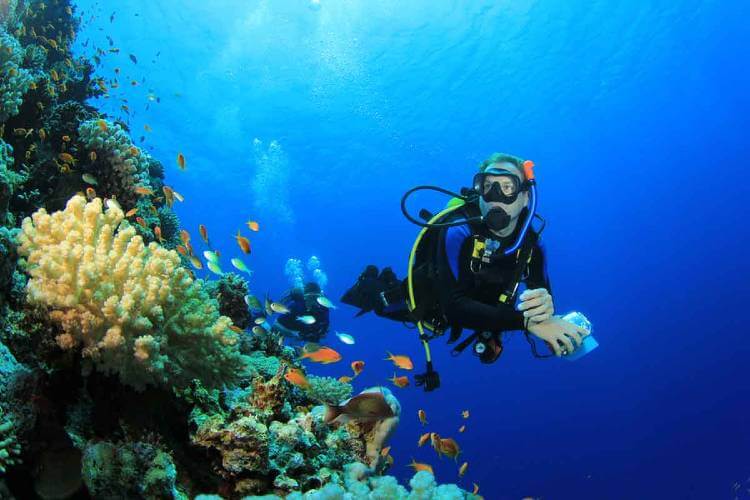 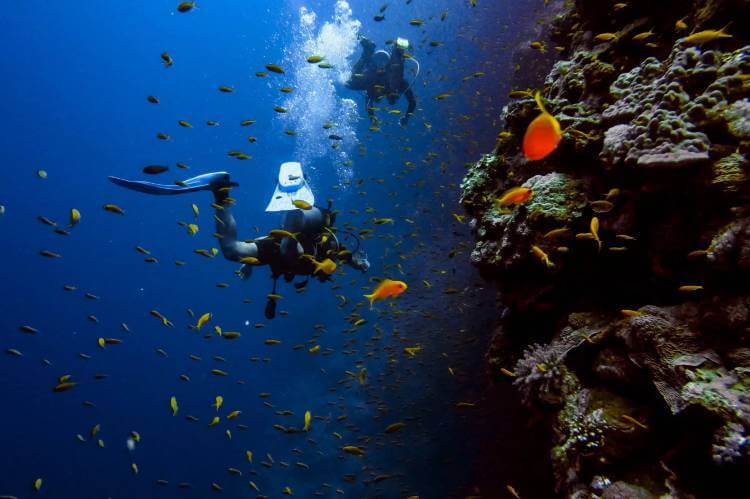 What is a Decompression Dive? Deco Diving Guide 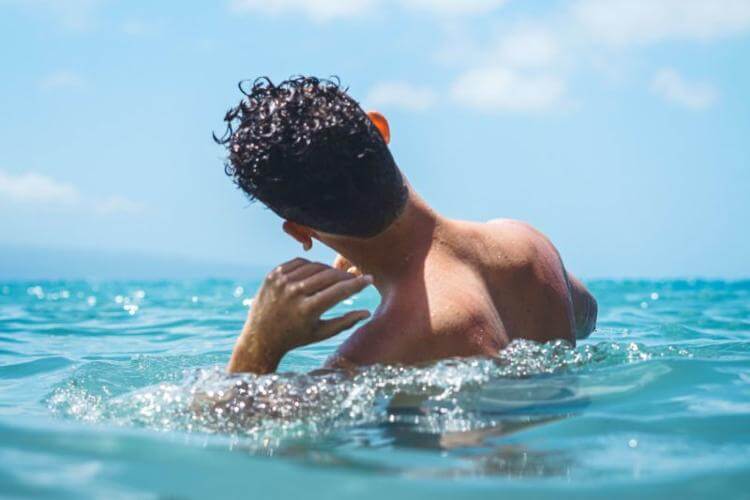 How Long Can Water Stay in Your Ear and How to Get it Out?