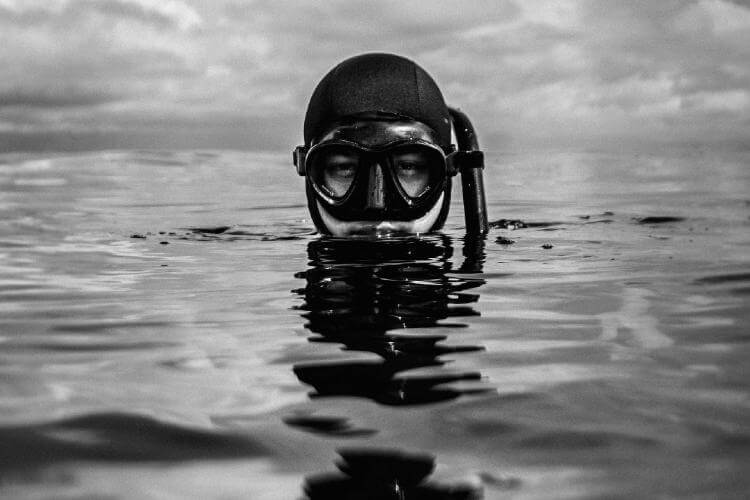 Smoking is considered a clear risk factor in diving. In a large-scale study by American diving physicians, it was shown that tobacco users suffer a diving accident much more frequently than non-smokers. The accident and healing process is also much more protracted and complicated.

Many people wonder if they can scuba dive if they smoke and how dangerous it is. After all, breathing is a basic aspect of scuba diving.

Can You Scuba Dive If You Smoke?

Yes, you can scuba dive when you smoke. In fact, I know many divers that do smoke or vape. But there are additional risks, as you would imagine, Also, if you smoke regularly and dive, you should get a medical check-up and get the all-clear by your doctor first.

It might be difficult to give up smoking, but if you’re considering taking up scuba diving or you are a diver already, it’s vital to be aware of the risks involved. So here they are.

To understand how dangerous it is, it is important to know what happens in the body when tobacco smoke is inhaled.

The body’s first natural reaction is to constrict the airways, as they become irritated and trigger an ancient protective mechanism: The bronchial tubes constrict so that as little of the toxic substance as possible can be inhaled.

This in itself is unfavorable, because constriction of the airways during diving can mean that the breathing gas cannot escape quickly enough. This often results in pulmonary hyperinflation, which can have massive consequences.

Arterial gas embolism (gas trapping) or pneumothorax (air accumulation in the chest), in which the lung can collapse, are possible dangers. In a gas embolism, bubbles enter the arterial bloodstream.

The air bubbles can then cause emboli (occlusions) in the end arteries of the spinal cord, brain, or even coronary arteries.

The consequences are similar to a stroke. In pneumothorax, air enters the gap space in the chest cavity and obstructs the expansion of the lungs, limiting breathing.

The whole thing is made worse by the fact that both the hot smoke and the airborne particles and chemicals it contains lead to inflammation of the mucous membrane of the airways.

Such inflammation is characterized by the fact that the mucous membrane thickens and thus narrows the airways.

In addition, the nicotine contained in the smoke leads to increased secretion production and at the same time to a paralysis of the cilia of the mucous membrane, which are supposed to remove this substance.

To make matters worse, the secretion produced is also extremely vicious. This impedes both the natural cleansing process of the lungs and the exchange of gases.

Another problem for smoking divers arises when the secretion only partially adheres and allows breathing gas to flow into the alveoli. The trapped air causes massive problems, even if the diver has done everything else right.

When the diver exhales, it acts as a valve and can prevent air from escaping from sections of the lungs.

This is where a ruptured lung is imminent! This phenomenon is called air trapping. How does it happen? During the ascent, the pressure continues to rise.

This can cause pulmonary alveoli to burst – a life-threatening lung overpressure accident is the result.

The constriction of blood vessels caused by tobacco smoke has the effect of promoting the development of high blood pressure. In diving, this has a negative effect on blood flow to body tissues and thus on normal nitrogen uptake and release, which can lead to problems during decompression.

If the thought of a heart attack or stroke doesn’t scare you when you think about this topic, you should consider that other vessels are also affected.

By the way, this connection is important for smoking women of younger and middle age, who have a significantly increased risk, which is intensified by taking the “pill”.

All this leads to vascular calcification and occlusion. One only has to consider the figures: 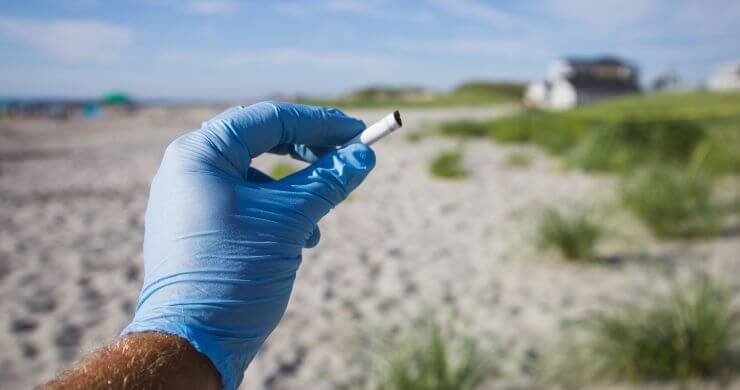 When the topic of danger from nicotine consumption is discussed, most people think of lung cancer – smoking is the main factor in the development of carcinomas of the lung and bronchial system.

Smokers who smoke more than 20 cigarettes daily over a 20-year period have a 20-fold increased risk of developing bronchial carcinoma compared with nonsmokers. The long-term prognosis is also usually negative for those affected. But that’s not all, smoking is now considered a major trigger for cancer of the larynx, mouth, tongue, and trachea.

Bladder, kidney, esophageal, and pancreatic cancers are also caused by nicotine consumption. Even cervical cancer, as well as breast cancer in women, appear to be directly related to the smoking habits of the affected patients.

This is also a side effect of nicotine consumption: those who smoke a lot look significantly older. Tobacco users get wrinkled skin, which cannot be prevented even by expensive creams.

The reason is simply a reduced supply of oxygen to the tissues and skin due to the permanent vascular constriction in the vessels that supply blood and oxygen. So a lot of money could be saved here – for the cigarettes and the usually very expensive creams, whose benefit is at least scientifically questionable.

Divers should not forget one aspect, tobacco smoke contains a variety of substances, some of which have very harmful effects on health.

Carbon monoxide is particularly problematic for divers. This gas binds the red blood pigment so that some of these blood cells are no longer available for oxygen transport. Increased air consumption and reduced performance are the results, which can have dramatic consequences for divers.

The issue of oxygen and smoking also came into focus in other investigations by diving physicians. How dangerous are nitrox mixtures for divers? Nicotine consumption was also taken into account in the question of whether increased oxygen content in the air breathed leads to deterioration of lung function in divers.

The results of the study, which ran for several years, gave the all-clear with regard to oxygen. However, it was found that those subjects who were smokers experienced a significant reduction in lung function over the years.

The question was basically justified because elevated oxygen partial pressures are also toxic and can change lung function depending on the particular partial pressure and the exposure time.

This observation also fits well with findings from adolescent smokers. Here, it could be shown that smoking leads to a deterioration of the values in the lung function test in a relatively short time, with the small airways being particularly affected.

So although smoking and diving do not mix well, smoking is widespread among divers.

Time and again, dive guides can be seen switching from cigarettes to regulators, or having the smoldering cigarette butt in their mouths immediately after the “compressed air break.” It is not surprising that in the diving accident statistics the word smoker is very often found as a concomitant disease.

And experience shows that long-time tobacco users are not very impressed by disease statistics.

You can definitely scuba dive if you happen to be a smoker. There are many that do. However, if you want to try scuba diving and you smoke, you should get cleared by your doctor first.

What should divers who have given in to their nicotine addiction pay attention to? Please do not smoke before the dive!

The danger of air-trapping is considerably increased. If you can’t do without smoke at all, you should always reach for a cigarette only after the dive, because then at least “only” the decompression risk is increased.