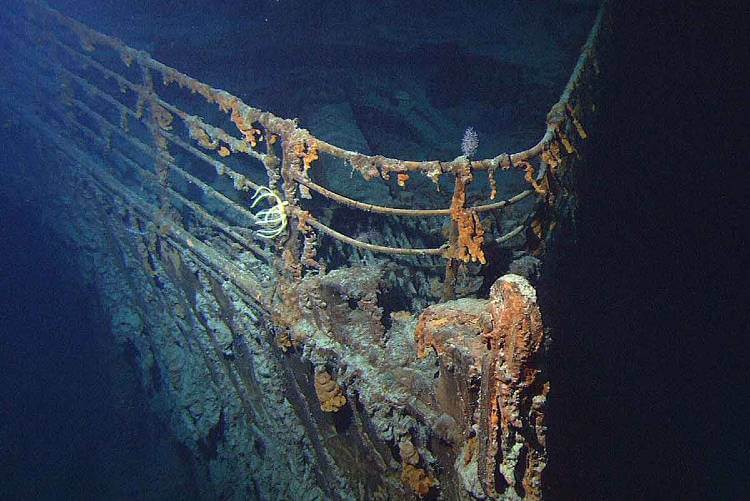 Titanic is not just an epic love story; it is also an epic adventure.

Some old wreckage always inspires scuba divers, and they wish to explore it any chance they get. And what can be better than a historic shipwreck like the titanic?

But titanic is not like your basic boat junk drowning in the shallow part of the sea.

It was a massive ship that drowned in the Atlantic Ocean in freezing cold waters. So, if you think planning a scuba trip to explore the titanic is possible and worth it, think again.

No, you cannot scuba dive to the Titanic. It lies at 12,500 feet, which is way too deep for anyone to scuba dive to.

The History of Titanic

The Titanic was a magnificent ship designed in 1900 in England. This gigantic ship weighed about 46000 tons and had a deck length of 882 feet.

The state-of-the-art technology and engineering available at that time was used to construct the great ship Titanic.

Titanic’s maiden voyage began on 10th April 1912 from Southampton, England. The ship was headed to New York with two shores to hit in between.

On the second day of the voyage, there were iceberg warnings set in by the other ships in shipping lanes of the North Atlantic. Not all the iceberg warnings reached the ship. Some of those that reached were ignored because of radio traffic.

On 14th April, a night which was quite calm and peaceful for the ocean, there was no moonlight in the sky.

The moonlight helps in spotting the white foam of the iceberg from a distance.

A seemingly beautiful night turned out to be unfortunate for all the passengers on board. The iceberg that appeared like a small ice block was significantly massive and cut through the side of the ship.

Because of running at full speed, the ship couldn’t alter its course.

The damage on the side caused a rapid inflow of water, faster than it could be pumped out. More than 1500 people lost their lives because of the sinking of the ship.

It took almost two hours for the ship to drown to completion.

Though it had more than the legally required number of lifeboats on board, only 1178 passengers could be saved from a total of 3500.

While sinking, the ship split into two pieces, both now sitting 600 meters apart in the bed of the Atlantic Ocean.

Though a highly tragic event, going underwater to witness the sunken beauty was a dream of many divers and enthusiasts. But the depth of the ocean makes it seemingly impossible to explore. 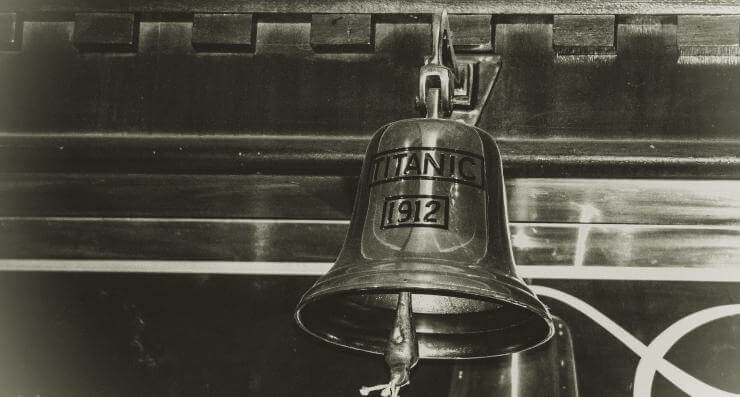 Can You Take a Trip to the Titanic?

Taking a trip to the location where the Titanic sunk is possible. However, if you think you can reach down to see the remains, that might be near to impossible.

Titanic lies in the ice-cold waters of the Atlantic Ocean, about 12,500 feet deep. The two pieces of the ship are located in two different locations, separated from each other by a distance of 600 meters.

Reaching such depths requires expert gear and equipment. This equipment isn’t something that you find in a sports gear shop. This superior grade machinery is used specifically by the defense services or some big shot private enterprises.

You need submersibles to reach the level of Titanic. If you are lucky to get your hands on such a piece of equipment, you can try exploring the dangerous waters.

How Long Does It Take to Dive Down to the Titanic?

It will be a dream come true if one could dive to the depths where the mighty titanic rests.

Planning a diving trip to Titanic is a waste of time though, because of the depth at which it is sitting. It is humanly impossible to dive to that depth. You will barely scratch the surface before you get crushed by the enormous water pressure.

In terms of time, your basic scuba tank will last you about 45 minutes. And this time will change significantly with depth. The type of breathable air being provided by the tank will change after attaining a certain depth.

To reach a depth where titanic is, you will have to dive for about 150 minutes. This is much higher than what any professional gear can withstand.

Also, you cannot just plan diving down; you need to ascend to the surface as well. It also requires a good amount of air supply.

Some people do have crazy ideas about jumping from a sub and bypass the entire need to carry the necessary air supply to the depth. This step is not just risky but also impossible.

The moment you launch yourself from the submarine, your body will get crushed by the pressure, and you will lose your life. That is definitely not a fun adventure to plan.

Is the Titanic Too Deep to Dive to?


Yes, titanic is way too deep for diving.

A professional diver is trained to dive as deep as 400 to 500 feet. It is possible only if you have got professional training. For a regular diver, 130 feet is the maximum attainable depth.

Some highly trained diving experts with the right quality of gear can dive up to 1000 feet. But this is not a very common practice.

Titanic being at a depth of 12,500 feet, you will have to dive 12 times further down than the human limit. That makes it impossible to carry the adventure without risking your life to a great extent.

Also, the water pressure keeps increasing as you go deeper into the ocean.

At the surface, the atmospheric pressure is 1 atmosphere. With every 33 feet descent, the pressure increases.

Therefore, the open water certification is marked at 66 feet, where the diver is subjected to 3-atmosphere pressure. It might be a small number, but in terms of the pressure, it is quite high.

The deeper you go, the more pressure is exerted on the lungs. After a point, it becomes too hard for the lung tissue to counteract the pressure. There comes the point where the water pressure is simply too high to survive.

As mentioned earlier, a professional diver can go up to 400 feet, equivalent to 12-atmosphere pressure.

A guess based on theoretical analysis and readings, one can say the limit to humans’ diving capacity is 1000 feet.

However, confirming if going further is possible would require experimentation. These might just be one-way trip experiments for many. Risking life in the name of science does not seem fair in this scenario.

If you are a scuba diver with a dream to explore the royal wreckage named The Titanic, then you are in for some disappointment.

It doesn’t matter how great you are or how far you can go; titanic is just a diver’s dream.

Its location and depth are just humanly impossible to reach. You might consider nitrox to increase your dive time, but the challenging part is the depth.

Beyond a point, facing the pressure is not possible for human tissue. It involves immense risk and danger. Instead of going to deadly depths of the sea to see this ship, you can admire it in the photographs and movies.

So risking you life to see a sunken ship might not be the best decision.